From Sodomy Laws to Same-Sex Marriage 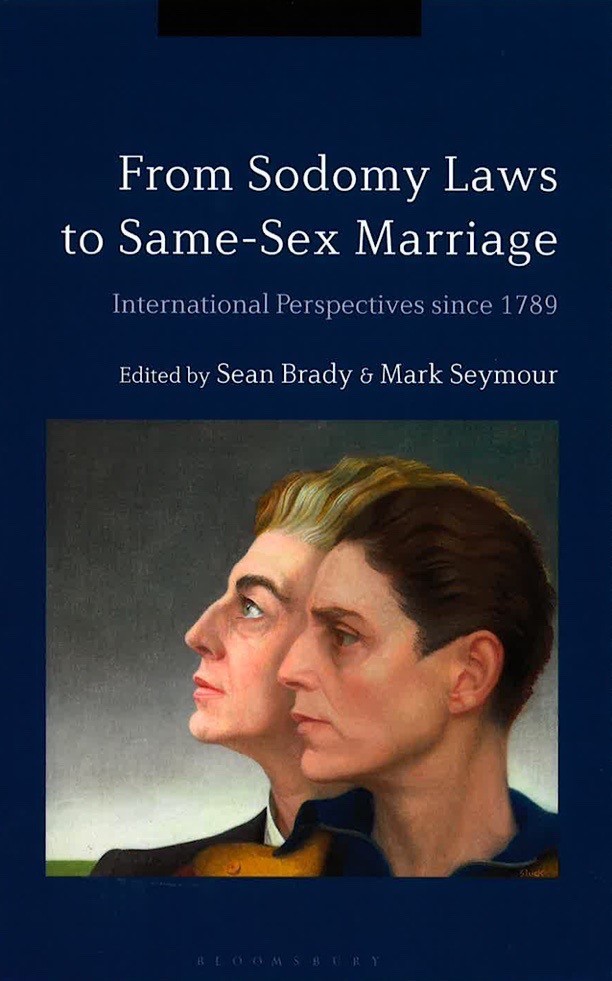 In his 2019 book From Sodomy Laws to Same-Sex Marriage History Programme Associate Professor Mark Seymour examined international perspectives on the legal and social history of same-sex relationships, from the early 19th century to the present and links between the legislative abolition of punitive sodomy laws and same-sex marriage.

Why did you undertake research in this area, and the publication project? My research is on the social history of modern Italy. I always wondered why Italy, which looked progressive on paper (its sodomy laws were abolished in 1890), had a stultified and secretive gay culture. I began to do some research on Italian cultural attitudes to same-sex relationships, and it was natural to start comparing it with different places. When same-sex (or equal) marriage became a global political issue in the early 2000s, I suggested to a colleague in London that a comparative conference on the phenomenon, and the histories behind it, would yield some interesting results. We held that conference in London in 2015, and this book presents some of its most interesting papers.

What is it about?

Through 17 chapters it presents various facets of what by 2015 looked like a global phenomenon: mere decades after many legislations had abolished punitive sodomy laws, many embraced the notion of same-sex marriage. New Zealand is a good example; homosexuality was decriminalised in 1986 – 27 years later, same-sex marriage was adopted. The book examines aspects of this phenomenon from the first decriminalisations (after the French Revolution, in 1791), up to the present situation. It concentrates, for obvious reasons, on those places where this story has more or less the same ending – Europe, Australasia, and the Americas. An afterword notes the much less rosy picture in Africa and the Middle-East, and looks at Asia with cautious optimism (Taiwan, for example).

Given the cultural variety of historical attitudes to same-sex relationships, why has their legal acceptance been so internatio nal/ or has it been otherwise?

Good question. The book’s chapters really emphasise that there have been many different historical paths to similar outcomes. I think the astonishingly broad acceptance of equal marriage – from Latin America to New Zealand, to Spain (the first Catholic country to introduce equal marriage in 2005) and even Italy (which recognised civil unions from 2016) is explained by several factors. One is the general push, initiated by second-wave feminism, against religion and the state enforcing binary notions about how people live their sexuality and family life. The globalisation of western culture, aided by the internet, has also tended to homogenise previous cultural varieties. More cynically, it might also be suggested that marriage law remains a way to ensure that sexuality and reproduction remain under the state umbrella – and so making the institution available to more people brings more people under that umbrella.

I hope reading this book makes people think about . . .