New book on patriotism in Japan an ‘anti-textbook’ 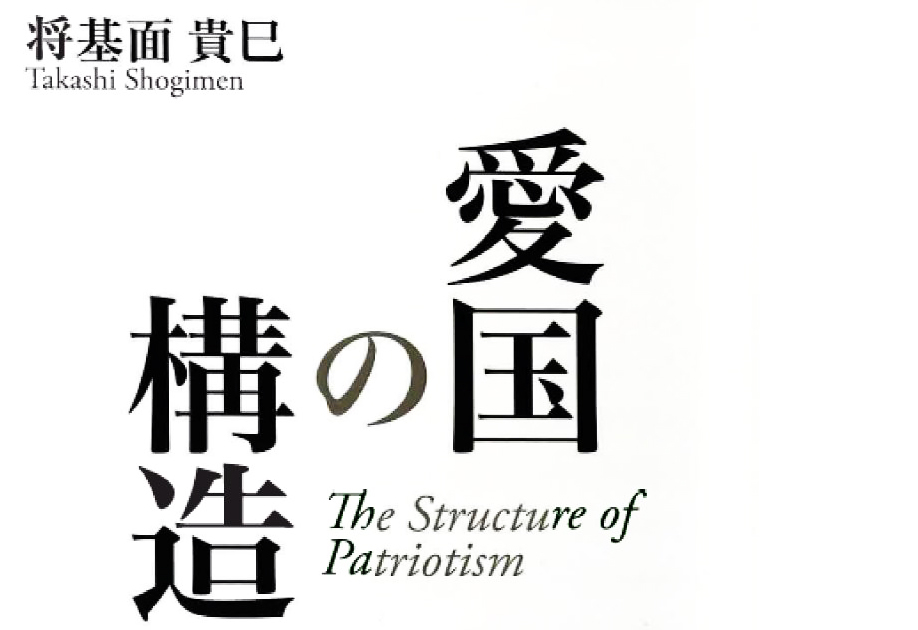 History Professor Takashi Shogimen hopes his two recently published books – The Structure of Patriotism and Patriotism: The Textbook for the Japanese Nation – will promote discussion in both the academic and public spheres.

Why did you undertake research in this area, and the publication project? I have been working on patriotism in modern Japan since 2008. Initially, it was part of my work on Yanaihara Tadao, a Christian thinker and economist who dissented from the militaristic Japanese government in the 1930s.

Subsequently, my interest shifted from Yanaihara’s political thought to, more broadly, the history of patriotism in modern Japan, and started to work on a book on the topic in English. However, patriotism is an elusive concept. No systematic and comprehensive account of the topic exists in English or Japanese. Clearly, I needed to survey a historical and philosophical accounts of patriotism to come up with my own analytical framework for my planned book on Japanese patriotism. So I wrote another book, The Structure of Patriotism (Tokyo: Iwanami Shoten, 2019) to shape my own theoretical framework.

What is it about?

Does this book represent a departure into an unexplored area of academic enquiry?

There is immense scholarship on nationalism, but patriotism is a subject matter that few academics have tackled seriously and systematically. Millions of popular books on patriotism have filled this vacuum, but are mostly written by right-wing amateurs such as novelists, essayists, and the like. My two books are the first scholarly intervention in this territory monopolised by right-wing demagogues. I just received invitations for an interview and also to write an opinion piece for an online journal on current affairs. I expect more will come — not just favourable reviews and reception but probably also abusive words from some quarters!

You published one more book at the same time ….

Yes, when I was at the final stage of writing The Structure of Patriotism, I thought that some of the basic ideas in the book should be made accessible to the general audience. Patriotism is typically associated with the right-wingers who often confuse patriotism with nationalism. Under the current Japanese government by PM Shinzo Abe, the rise of nationalistic sentiments, I think, is at an alarming level.

So immediately after completing The Structure of Patriotism, I wrote a short book, Patriotism: The Textbook for the Japanese Nation (Tokyo: Hyakuman’nen Shobo 2019). But this is not merely a diluted version of The Structure of Patriotism. Its purpose is to criticise the commonplace ‘patriotic’ discourse—such as ‘it is natural for a Japanese to love Japan’— as both a historical and philosophical error. Furthermore, the book warns that such a prevailing discourse is underpinned by demagoguery, which undermines rational, democratic deliberations.

Publishing two books— one academic and the other popular on the same subject— is also a strategic move in relation to ‘impact’ of my research. My academic book will surely be read by academics but probably by few others. The discussions about the book will likely be confined to the academic community. I hope the book for the general audience will generate public debate.

Who do you think should read your books?

Noting that the two books are written in Japanese, I can only talk about the Japanese readership. I hope that The Structure of Patriotism stimulates academic discussions on patriotism as an independent subject, not merely as an insignificant derivative of nationalism. I hope that the accessible Patriotism: The Textbook for the Japanese Nation should be read by as many readers as possible! The Japanese government made patriotism an integral part of public moral education at schools more than ten years ago. I hope that young people who have received this moral education during the last decade read my book as the ‘anti-textbook’. Notice that the book is entitled ‘the’, not ‘a’, textbook, because I wanted to convey—modestly— the sense that it is the definitive account on the subject for the entire nation!