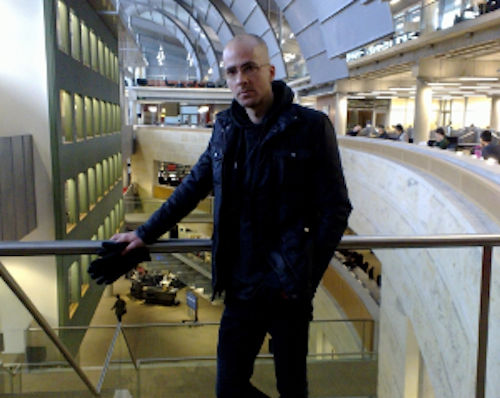 An internationally leading philosopher of memory, Dr Kourken (Kirk) Michaelian, is the latest recipient of the University of Otago’s Carl Smith Medal and Rowheath Trust Award.

The Award and Medal, which recognise outstanding research performance of early-career staff at Otago, are accompanied by a $5000 grant for personal scholarly development.

“Kirk’s prodigious high-quality research output at such an early stage in his academic career has been described by some colleagues as simply amazing.

“Using approaches from philosophy and psychology he has made significant progress towards providing a general account of episodic memory, one that supports latest thinking of such memory as an active and creative process, rather than a simple recording and storing of experiences,” Professor Blaikie says.

Before joining Otago’s Department of Philosophy in 2015, he worked for several years at Bilkent University in Turkey and at the Institut Jean-Nicod in France. His PhD is from the University of Massachusetts and his MA and BA are from Carleton University and the University of Alberta, both in Canada.

As well as creating an extremely strong scholarly publication record before coming to Otago, since his arrival he has continued to be prolific in his research, producing 12 articles and book chapters that have been published or are forthcoming. He is also working on editing a third book and has attracted doctoral students from Canada and Brazil.

Dr Michaelian says he is thrilled to receive the Carl Smith Medal and Rowheath Trust Award.

His research progress at Otago is in “large part due to the exceptional research environment” provided by the department, the humanities division, and wider university, he said.

Dr Michaelian will be presented with the Medal at a public lecture he will give in October.

The Rowheath Trust was established in 1964 by Carl Smith – whose family lived in the Rowheath area of England – to support the University. Mr Smith received an honorary doctorate from Otago in 1968.