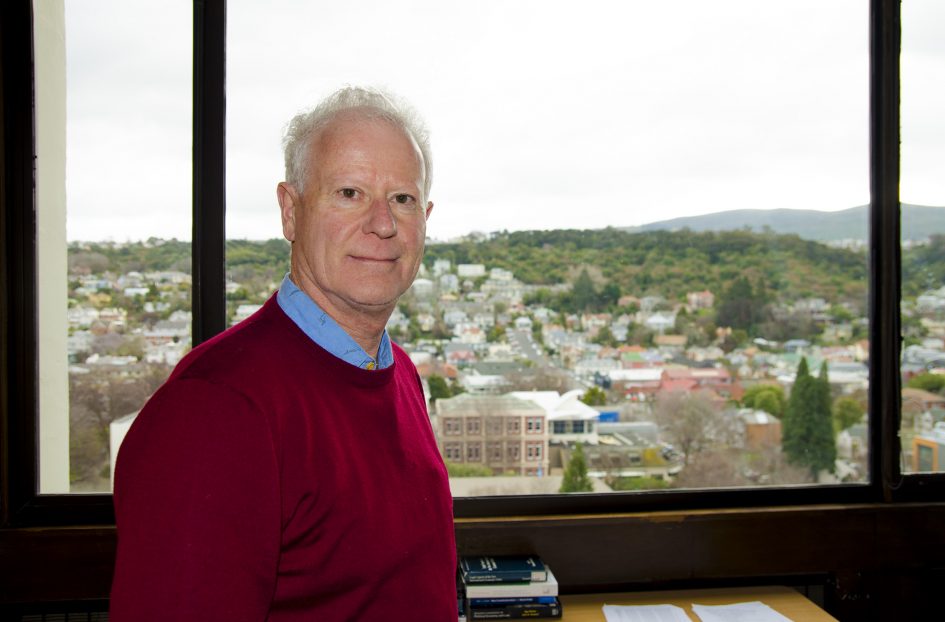 For those lacking the mental capacity to make decisions for themselves, New Zealand currently relies heavily on the basic decency of families and whānau to ensure the law is applied.

University of Otago Faculty of Law Professor John Dawson, who has co-edited a book on the subject, believes it is time these laws were thoroughly reviewed. Many others agree.

Justice Minister Andrew Little has recently referred these matters to the Law Commission for review, and Professor Dawson hopes the new book will help those wanting to make submissions during this law reform process.

Mental Capacity Law in New Zealand, released this week, provides extensive discussion of the law on people’s ability to make decisions about their medical treatment, entry into rest home care, selling their house, making a will, getting married, entering a contract, and a host of other important life decisions.

A person might lack capacity in such matters for many reasons – learning or intellectual disability, head injury, stroke, dementia, or some other serious psychological condition. As a consequence, they might not be able to understand, retain, or process information relevant to the decision, or grasp the implications, or communicate their decision.

The many legal questions . . .

Many legal questions arise as to how a person’s capacity is to be assessed, and who should then be appointed to make decisions on their behalf. The law in this area needs to be relevant and robust.

“A big question is whether the law can continue to rely so heavily on the basic decency of New Zealand families and whānau, to monitor, for example, the performance of one family member who holds an enduring power of attorney over a parent’s property to the exclusion of other family members.

“Mental Capacity Law in New Zealand asks if more formal mechanisms to prevent abuse are required, and what those mechanisms might be. Could new online processes help, by requiring the filing of basic financial accounts. Should some public agency have oversight over the process, and would that be effective?” asks Professor Dawson.

The main legislation in this area is the Protection of Personal and Property Rights Act, enacted in 1988.

“It was promoted at that time by the IHC during the era of closure of large psychiatric facilities, when many former patients were being moved into community housing. The law focussed on how decisions about their position would subsequently be made.

“Thirty years on, the main focus of the legislation is the very elderly. The law establishes formal mechanisms for appointing proxies with the power to make decisions for other adults who lack capacity, for any reason. The main mechanism, that you can use in advance, is to execute an enduring power of attorney. This gives someone else, usually a close family member, power to make decisions for you, if you later come to lack capacity.”

The social context under which these laws operate has changed over time with a steep increase in the elderly population, and private and charitable providers running residential care facilities rather than the state.

“New Zealand family structures are more complicated, and families often more dispersed. In many cases, the balance of wealth between generations has altered, with the elderly owning more property than their children,” Professor Dawson says.

“This generates concern, for instance, about whether a more formal process is required to review the need for detention of each elderly person held in secure care. And these concerns may lead staff of care facilities to seek greater clarity as to their authority, to avoid becoming subject to complaints.

“Māori also, as in the case of child protection, want more authority to make decisions about their people. At the same time, the major institution through which capacity law is enforced, the Family Court, has come under great stress, causing delays.”

Professor Dawson says the fitness for purpose of capacity law in this milieu is open to question.

“After 30 years, a thorough review of the principles for assessing people’s capacity, the manner in which proxy decision-makers are appointed, and ways to keep them accountable, are required,” he says.

The Mental Capacity Law Conference, supported by Vida Law, the New Zealand Law Foundation, and Thomson Reuters, will be held in seven centres across New Zealand next month.